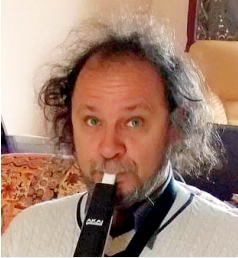 Abstract: Artificial Intelligence has great impact on every aspect of technology, including neurotechnologies used for human augmentation. In recent years progress in brain-computer interfaces (BCI), analysis of neuroimaging and electrophysiological data, and understanding of brain processes, opens new areas for transdisciplinary applications. Identifying patterns in brain signals measured by the electrophysiological (EEG/MEG, ECoG) or or neuroimaging techniques (fMRI, PET) fingerprints of brain activity are discovered, representing thoughts, intentions, emotions, and other mental states. It leads to many applications, from objective diagnostic methods in psychiatry, therapeutic interventions using neuromodulation, neurorehabilitation based on direct brain stimulation combined with behavioral procedures. Applications for treating epilepsy, major depression, addictions, and other mental problems, are already on the market. Healthy people try to optimize their brain processes through neurofeedback.

All these developments are rapidly changing human nature in an unprecedented way, creating new ways of social interactions. The road to Humanity+, or transhuman society of more evolved human species, is full of dangers, but may not be that long as most people think.

Bio: Wlodzislaw Duch is the head of the Neurocognitive Laboratory in the Center of Modern Interdisciplinary Technologies, and the Neuroinformatics and Artificial Intelligence group in the University Centre of Excellence Dynamics, Mathematical Analysis and Artificial Intelligence at the Nicolaus Copernicus University, Torun, Poland. PhD in theoretical physics/quantum chemistry (1980), postdoc at the Univ. of Southern California, Los Angeles (1980-82), D.Sc. in applied math (1987). President of the European Neural Networks Society executive committee (2006-2008-2011), Fellow of the International Neural Network Society (2013), and the Asia-Pacific Artificial Intelligence Association (2022), Expert of the European Union science programs, member of the high-level expert group of European Institute of Innovation & Technology (EIT). Worked in the School of Computer Engineering, Nanyang Technological University (2003-07, 2010-12 as the Nanyang Visiting Professor), served as a deputy minister for science and higher education in Poland (2014-15), Visiting professor at the University of Florida; Max-Planck-Institute, Munich, Germany, Kyushu Institute of Technology, Meiji and Rikkyo University in Japan, and several other institutions. He is/was on the editorial board of IEEE TNN, CPC, NIP-LR, Journal of Mind and Behavior, and 16 other journals; published over 375 peer-reviewed scientific papers, has written or co-authored 6 books and co-edited 21 books, and published over 290 conference abstracts and popular articles on diverse subjects. His DuchSoft company has made in 1990 the GhostMiner data mining software package, for many years marketed by Fujitsu. With a wide background in many branches of science and understanding of different cultures he bridges many scientific communities.

Fellow of IEEE, IAPR, and AAIA

Bio: Zhongfei Zhang is a professor at Computer Science Department, Binghamton University, State University of New York (SUNY), USA. He received a B.S. in Electronics Engineering (with Honors), an M.S. in Information Sciences, both from Zhejiang University, China, and a PhD in Computer Science from the University of Massachusetts at Amherst, USA. His research interests are in the broad areas of machine learning, data mining, computer vision, and pattern recognition, and specifically focus on multimedia/multimodal data understanding and mining. He was on the faculty of Computer Science and Engineering at SUNY Buffalo, before he joined the faculty of Computer Science at SUNY Binghamton. He is the author or co-author of the very first monograph on multimedia data mining and the very first monograph on relational data clustering. He has published over 200 papers in the premier venues in his areas. He holds more than twenty inventions, has served as members of organization committees of several premier international conferences in his areas including general co-chair and lead program chair, and as editorial board members for several international journals. He served as a French CNRS Chair Professor of Computer Science at the University of Lille 1 in France, a JSPS Fellow in Chuo University, Japan, a QiuShi Chair Professor in Zhejiang University, China, as well as visiting professorships from many universities and research labs in the world when he was on leave from Binghamton University years ago. He received many honors including SUNY Chancellor’s Award for Scholarship and Creative Activities, SUNY Chancellor’s Promising Inventor Award, and best paper awards from several premier conferences in his areas. He is a Fellow of IEEE, IAPR, and AAIA.